Why 4-terpineol (T4O) is the best ingredient to fight Demodex mites?

4-terpineol is the most important ingredient of tea tree oil. At the core of Cliradex eyelid cleansers, it makes an ideal over-the-counter solution to alleviate symptoms of Demodex blepharitis.

Supports the removal of Demodex mites. 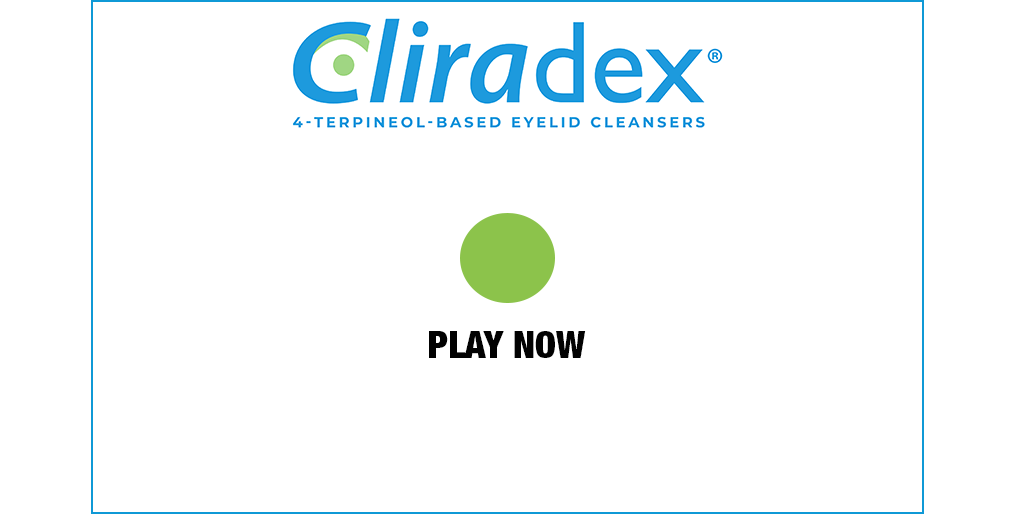 Our cleansing wipes are derived from a sustainable source of tea tree oil. Order today, and hit the ground running with your new healthy routine. Ingredients matter when dealing with sensitive eyelid skin. That’s why isolating 4- terpineol is crucial in retaining the favorable properties of tea tree oil.

Scientific studies have shown that 4-Terpineol, or Terpinen-4-ol (T4O), is the most important ingredient found in TTO, with even greater miticidal effects than TTO itself.

It was shown to be more potent than TTO at equivalent concentrations and its killing effect was even observable at a mere concentration of 1%.

4-terpineol is the main ingredient in TTO shown to have miticidal effects against Demodex mites.

Reach all the way to the glands for effective removal of the Demodex mites.

Isolating 4TO is less likely to cause irritation and allergic reactions.

WHY SHOULD I USE CLIRADEX INSTEAD OF TEA TREE OIL?

Cliradex’s unique formula contains 4-Terpineol, the main component of Tea tree oil (TTO), which has been clinically proven to kill Demodex mites. Using TTO directly on or around the lid margin of the eye is not safe and could irritate the eye, whereas Cliradex is safe for everyday use.

DO YOU DO ANIMAL TESTING ON ANY OF YOUR PRODUCTS?

Cliradex was not tested on animals, instead, we used the alternative HET-CAM (Hen’s Egg Test Chorioallantoic Membrane). Cliradex was subject to cosmetic safety and efficacy tests before launch and the formulation was tested by users. Repeated Insult Patch Tests (RIPT) were also performed on humans.

Many people report a cool, soothing, menthol-like sensation upon application, but this feeling generally subsides quickly as the product dries on your skin and lashes. It is recommended to keep the eyes closed until the sensation passes.

HOW LONG SHOULD I USE CLIRADEX?

While our products are natural and safe, we realize that some people are allergic to essential oils. If you continue to experience a reaction, please discontinue the use of Cliradex. Contact your physician is symptoms persist.

Here’s your Cliradex risk-free guarantee: Try Cliradex for 30 days and
if you aren’t satisfied with the results from using our product, just contact our customer service center and request a refund. Please note that we only accept returns of products sold through Cliradex.com.