Dandruff is unsightly and annoying! It is bad enough on the scalp, where if you are lucky you can get away with styling your hair and wearing clothes that can hide the little white flakes while you take steps to get rid of them. On your eyebrows, however, it is not that easy.

What Is Eyebrow Dandruff?

Eyebrow dandruff is simply dead skin cells being shed at a greater than normal rate. It is incredibly common and can impact people of all ages. Many adult cases are chronic and caused by seborrheic dermatitis, which makes it sound worse than it is. It is also called seborrheic eczema and seborrheic psoriasis. Dermatologists attribute overproduction by the oil glands as the root cause of this particular dandruff. They note that it is actually most common, though, in people who have gone into and through puberty as they have the most active oil glands. Those glands are concentrated on the head and eyebrows, which is where the most dandruff is seen.

According to the Mayo Clinic, adults with seborrheic dermatitis are likely to have worse symptoms if they are stressed. Symptoms include the following:

Eyebrow dandruff can also be caused by a yeasty fungus that lives in the oil you secrete, as well as diseases such as HIV/AIDS, diabetes, Parkinson’s and other neurological disorders. (Source). The skin being too dry can also cause dandruff; dry weather, and dried soap or conditioner that was not effectively rinsed off of your skin can also trigger the symptoms of dandruff.

The itchiness that accompanies dermatitis can be exacerbated by waxing, threading, or plucking your eyebrows. However, unless an infection develops the irritation will typically go away in just a few days. (Source) Unless you scratch at the area causing the skin to flake off it is unlikely to actually cause dandruff. Rather, for a short time you will see tiny red bumps that appear as a rash. Allergic reactions to lice, demodex mites, and other skin parasites can trigger eyebrow dandruff. Lice can be seen moving around with the naked eye and are much rarer in the 21st century than they used to be. Lice are not really dangerous unless you are allergic, but they are contagious and obnoxious. They are tiny wingless insects that eat blood and skin. Itchiness around the eyes is the most common symptom of lice. Lice are more commonly found in children than in adults, and in classrooms can be passed quickly around. In adult populations, they are usually less contagious, perhaps because adults tend to take more precautions than children do.

What is Demodex Mites?

Demodex mites, on the other hand, are quite common and are microscopic. They are found more often and in heavier populations on adults than they are on children and eat dead skin cells and sebum (the oil that is produced by the sebaceous glands). Mites spend their entire life cycle in hair follicles and in oil glands. When they die the waste in their body that has been built up over their entire lives is expelled. Normally this does not cause too much of an issue, but those with an allergy, an immune issue, infection or an overpopulation of mites can have a skin reaction that causes irritation and dandruff. 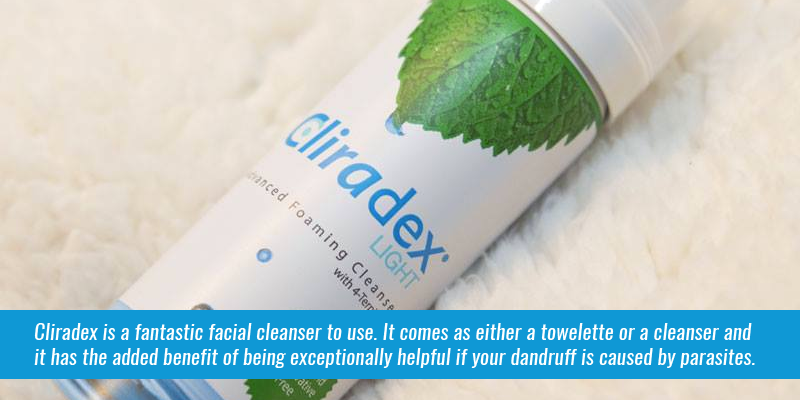 Some of the causes of dandruff may need to be treated by a doctor. However, you can, according to Healthy Living, manage the symptoms.

…treating the skin beneath your eyebrow hairs can help you get rid of unsightly and embarrassing eyebrow dandruff. Scrub the skin on and around the eyebrow area with a facial wash daily, gently moving your fingers in a circular motion. Use a facial cleanser appropriate for your skin type. Rinse your skin well to avoid dandruff caused by dried cleanser stuck in the eyebrow hairs. Pat your skin dry and apply a light facial moisturizer. An over-the-counter hydrocortisone cream can relieve itching associated with eyebrow dandruff, and an antifungal cream that contains ketoconazole can also help you get rid of eyebrow dandruff.

Cliradex is a fantastic facial cleanser to use. It comes as either a towelette or a foam cleanser and it has the added benefit of being exceptionally helpful if your dandruff is caused by parasites. Additionally, if you have other discomforts around your eyes that the dandruff is causing, Cliradex can be used to soothe the irritation. Cliradex is a natural eyelid cleanser that is 100% vegan and gluten-free for safe and soothing results. It is specifically formulated to clean away demodex mites. This is because it contains T40 , the most important ingredient of tea tree oil, offering a deep cleaning of the eyelids and skin. Tea tree oil is well recognized for its miticidal properties. T40 has been scientifically documented to be the best compound to eliminate demodex mite populations and there is research to indicate that it can help with lice as well. 8 Types of Eye Discharge and How to Remedy It 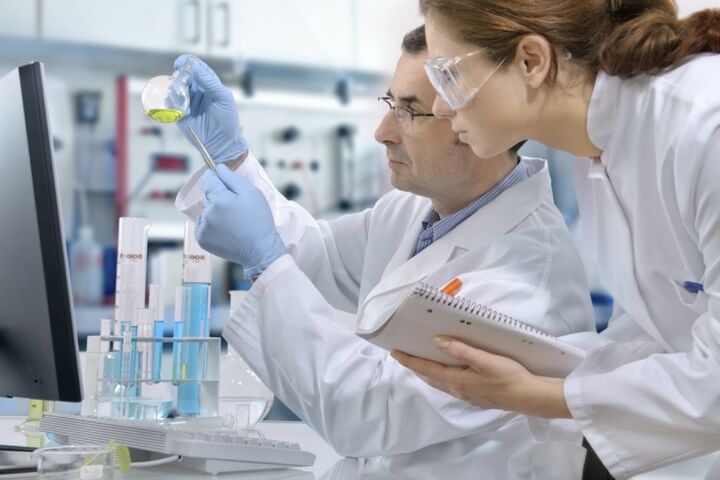 How Does Cliradex Compare to Other Eye Irritation Solutions? 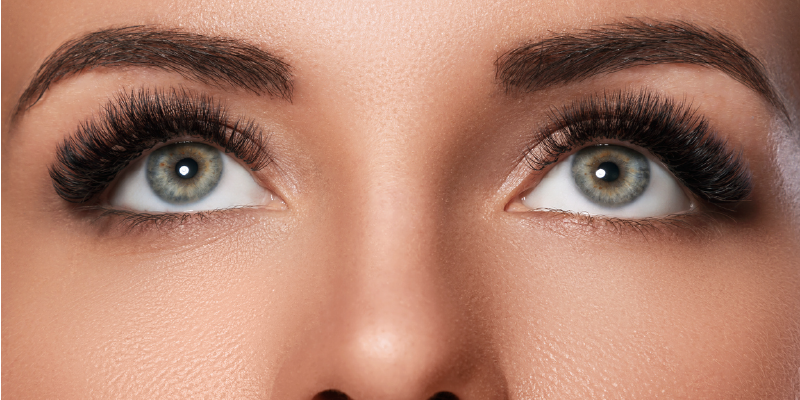