Eyelash mites are almost certainly living off of skin cells and sebum of your face. These tiny eight-legged arachnids are found all over the world in every human population. There are two different human-specific species of these mites, demodex folliculorum, and demodex brevis, both of which are usually found on the same people. Generally speaking, they are called demodex mites. To some extent, they live in a symbiotic relationship with their hosts, as they almost certainly are helpful to most people in cleaning away dead skin and extra oils. Unfortunately, for some people this goes terribly wrong – the mite population explodes and the host suffers ill effects that can include irritation, rosacea, acne, inflammation, hair loss, and infections such the eyelash disease blepharitis.

Mites Are Associated with Blepharitis Blepharitis is an inflammation of the eyelid margin. It is a common and treatable issue that is frequently accompanied by dry eye syndrome and may be the precursor to meibomian gland dysfunction (MGD). It is remarkably unpleasant and causes burning, crustiness at the base of the eyelashes, irritation, watery eyes, itchiness and a feeling of grittiness. (Source). Demodex mites show up in 44% of cases of blepharitis. 100% of patients over the age of 70 have a significant demodex population. (Source).

One of the symptoms that will give your optometrist certainty that you have demodex blepharitis, even before looking for the bugs under a microscope is cylindrical dandruff. This gives your lashes a significant distended look with crusty, wet-looking gunk at their base. This dandruff is full of bacteria. That bacteria will transfer to your mascara applicator and get inside of your mascara, where it can multiply. For this reason, if you have blepharitis it is important to stop using mascara and to throw away your infected makeup. It is also entirely possible that the demodex living on your eyelashes can, in fact, end up scooped onto an applicator and moved into your mascara tube. This may be why your mascara is perfectly fine one day, and then dry and clumpy the next. (Source). Regardless of how innocuous the mites may be to the average person, it is not a good idea to slather mite-filled mascara onto your lashes. Instead, you should throw away that tube.

The only way to know for sure if your mascara is full of mites is to look under a microscope. Demodex mites are tiny; less than ½ millimeter and they are hardy. Not a lot is known to kill them, other than T4O, the main component in tea tree oil. They are light averse and so are only active at night. They spend their entire 2-week life-cycle moving from the hair follicle to the oil glands of your eyelashes. They are found on other parts of your body that have hair and oil as well.

While demodex mites can only live a few hours off of the human skin in a dry environment, in a wet or damp environment they can live for days. (Source). A mascara tube is not a great environment for demodex to live, as they have nothing to feed off of and nowhere to lay their eggs safely. That said when they die they expel their entire life’s worth of waste at one time. Either way, it is pretty gross. Plus, your eye doctor will suggest that you dispose of your mascara every 2-3 months anyhow, because of bacterial build-up, so it makes sense to get in the habit of disposing of mascara either when it gets to that date or that state. Adding water to it will just encourage bacterial growth and pumping it more than once will force air inside of the tube which also encourages things to proliferate that you won’t want to put near your eyes.

Eyelash Loss May Be Due to Demodex

Demodex can cause you to lose your eyelashes, especially when their populations become large enough. This happens when they actually destroy the hair follicle that they are living in, making it impossible to hold onto the lash. Even without demodex, bad mascara hygiene can cause significant damage to your lashes, drying them out so they are brittle and weighing them down which causes them to break. You can also irritate the hair follicle and cause it to be clogged with dirt and debris when you fail to wash off your makeup at the end of the day. This irritation can fester bacteria that can lead to an eye infection which enhances the environment for mites. (source).

Cleansing with T4O to Reduce Mites The good news is that it is actually easy to remove your makeup as part of your daily hygiene routine and eliminate irritating and dangerous eyelash mite populations at the same time using Cliradex. As an added benefit Cliradex will soothe your eyes. The key is that this preservative-free natural eyelid cleanser, which is 100% vegan and gluten-free, includes T4O. It is specially formulated to clean away demodex mites and will safely and gently remove your eye makeup as well. So, you may have to throw out that bottle of mascara you have been using now, but in the future when you use Cliradex in your daily eye hygiene routine you will be able to get the full several months you should from each purchase. 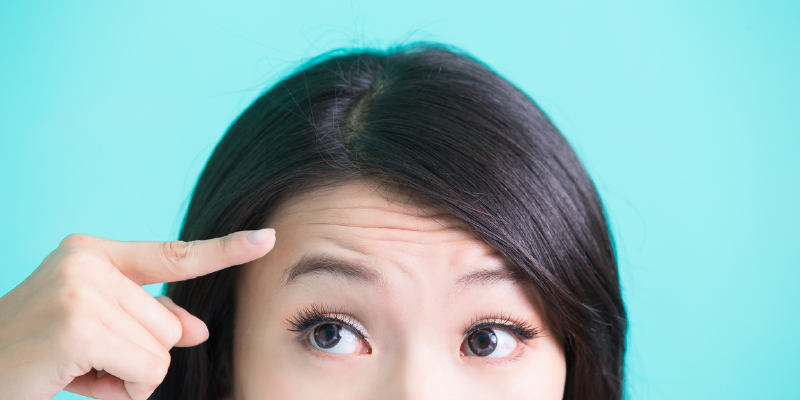