Can I Keep from Passing Demodex Mites to My Newborn?

Human demodex mites are both fascinating and unnerving to think about, especially for new mothers who have a helpless newborn they are responsible to protect.

They are fascinating because scientists have begun to look at the mite populations as a way to trace human genealogy. There are 4 major groups, or clades, of mites that can be traced back to different regions of the world. The results of a study suggest that your ancestry determines which mite clades live on your body. The common ancestry of these mite clades began diverging 3 million years ago. Current mite types are identified with origins from Latin America, Africa, Asia, or Europe. Even when people immigrate to a new place, the mites that are endemic to their place of origin stick with them for years, or even generations. That said, there are 4 sub groups of the 2 mite species that live on most people around the world. No region is free of the mites, but some individuals do not have a population – including most newborns.

What Are Demodex Mites?

The human-specific species are Demodex folliculorum and Demodex brevis. They vary in shape, size and life-style. D. brevis are shorter and rounder and spend their time deep inside of sebum glands. D. folliculorum, on the other hand, are longer and thinner, and live inside the more shallow hair follicle. Demodex mites are parasites, ectoparasites to be precise. They rely on their human hosts for what they eat – skin cells and oil. That oil is called sebum, and it is what is produced in the glands (sebaceous glands) that the mites live in.

No one is born with mites. Scientists’ best guess is that babies get mites from their parents because mites are not transferred through casual contact, or passed to people walking down the sidewalk with us. Rather, they are passed through close contact – usually family members. (Source). The thing is that babies don’t usually have mite populations living on them, so any transfer of these microscopic creatures to a newborn is short lived and usually entirely harmless. The theory is that since babies don’t produce sebum in the same way that adults do the mites have nothing to sustain themselves on and cannot reproduce. (Source).

What Do Demodex Mites Do to People?

Demodex mites live for about two weeks. During that time they move around on the skin at night and go through a number of life stages. The problems only seem to arise when they inhabit an immunocompromised individual, or when the population becomes too high. There is also some susceptibility, according to the National Institutes of Health (NIH), for people catching a disease from mites that were on an infected person when there is close contact. On the other hand, the NIH points out, “Similar to bacterial flora found on human skin, follicle mites have been shown to contain immune-reactive lipase, which can produce free fatty acids from sebum triglycerides. Therefore, follicle mites could play a role in the defense of human skin against pathogenic bacteria, particularly against Staphylococcus aureus and Streptococcus pyogenes.”

Demodicosis is what happens when mites cause a reaction in the people that they are living on. As mentioned above, this typically happens to those with poorly functioning immune systems and/or when the mite population becomes too large. Under those conditions skin, hair and eye disorders can occur that are irritating, unsightly and even dangerous. Hair loss, rosacea, skin lesions and pustules, and blepharitis are all known to be related to demodex mites. As people age they are more likely to carry a larger population of mites, becoming more prone to these and other mite-triggered disorders.

All of this is to say that in the case of your newborn baby, it is unlikely that demodex mites will cause any serious issue and they are certainly not likely to take up residence. However, if your child is allergic, has some other underlying susceptibility, or a mite carries a disease from you to her then any mites are too many. So, as a cautious new mother what can you do to protect the helpless infant that relies on you for everything?

The best way to do this is to treat yourself for mites. Cliradex is specifically formulated to cleanse and wipe away the parasites. It contains T4O, which is the main component in tea tree oil that kills demodex at every stage of their life cycle. Safe and gentle, 100% vegan and preservative-free, when you clean your face with Cliradex you will not have any residue that irritates you or your newborn’s delicate skin. Adding this product to your daily routine can save both of you from worrying about demodex mites. Eyelid Care – Do Not Skip Your Daily Hygiene

How Does the Demodex Mite Cause Blepharitis 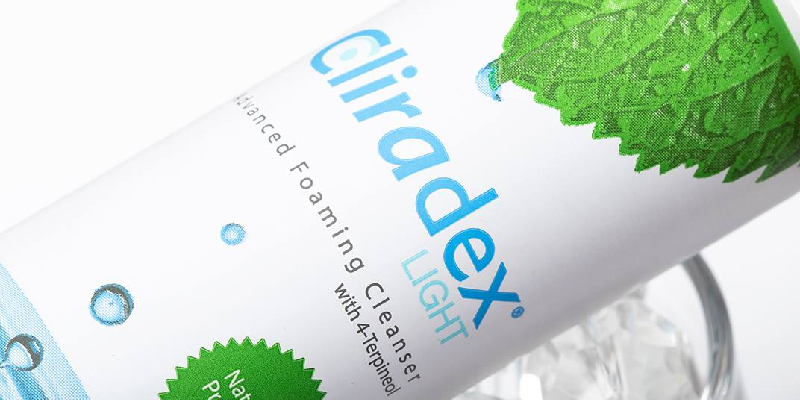 How Is Cliradex Different From Other Deep Facial Cleansers?